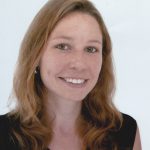 Intitulé: Bedouin tribes and livestock in the Iraqi-Syrian borderland, 1919-1945

The thesis is part of a research project, titled “Towards a Decentred History of the Middle East: Transborder Space, Circulations, Frontier Effects and State Formation, 1920-1946“ (BORDER), funded by the European Research Council under the supervision of Prof. Jordi Tejel. The project proposes to rethink the classical narrative of the formation of the post-Ottoman Middle East and therefore seeks to challenge the state-centered narrative of boundary-making and state-formation. Focusing instead on the margins, it examines transborder phenomena such as the circulation of people, goods and ideas as a background on the construction of the borderlands between Syria, Iraq and Turkey.

Within this framework, the focus of my research is on the cross-border mobility and policing of livestock and Bedouin tribes in the Iraqi-Syrian borderland. I seek to examine the transformation of the socio-economic and political structures of Bedouin communities in interaction with bordering processes and state-formation. Seeing Bedouin tribes as active participants in these processes, rather than passive ones, I aim to explore their spaces of agency in the interwar period and during World War II. Particularly by focusing on livestock, I explore how the livestock economy shaped the socio-economic and political relations Bedouins had with various other actors, such as the settled communities, merchants, city dwellers, and state authorities. Various aspects of livestock policing, such as raiding, collection of livestock taxes, transnational trade and smuggling of livestock and livestock products can shed light on the complexities and transformations of the relations between these actors. Particularly taking into account non-human actors, my approach allows me to emphasize an environmental perspective and explore the important roles played by climatic conditions in the desert borderlands and the politics of its intentional regulation.