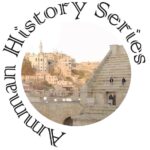 For the centennial of the Emirate of Transjordan, the French Institute for the Near East (Ifpo) and the Institut français de Jordanie (IFJ) are organizing a series of seminars/webinars on the little-known history of Amman, from the first forms of human occupation to the contemporary period.

In nine lectures, aimed at a large audience, international specialists from the ancient, medieval, modern and contemporary periods will present the history of this city. From the statues of Ain Ghazal to the Roman Philadelphia; from Rabbath Ammon to the sack of the city by the Mongols, from the Ottoman refoundation of Amman by the Circassians to its establishment as the capital of the Emirate of Transjordan under the British mandate, this series of lectures will revisit the long history of the foundations and refoundations of Amman, its development, its regional influence but also the history of its populations of multiple origins. During the last century of history, the capital became a political and economic space on a national and international scale. The rapid expansion of the city, due in particular to the reception of different waves of refugees, and the development of urban policies have made it a central crossroads on different scales.

Amman under the British: Continuities and Transformations, 1918-1946

Registration via this link 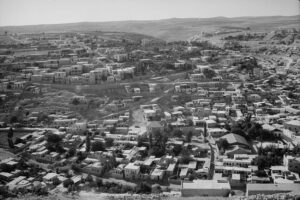 This talk explores the modern socio-economic and political history of Amman during the crucial years of 1918-1946. I identify a series of administrative continuities that carried over from Ottoman to British and Hashemite rule. I then show how Amman’s diverse groups of inhabitants continued to coexist with relatively minimal conflict. I argue that class categories began to be more important than ethno-national or religious stratifications and became the main marker of difference between the peoples of the city.

Extracts from the history of Amman in the Ottoman period

At the Institut français de Jordanie (Amman), on registration via this link 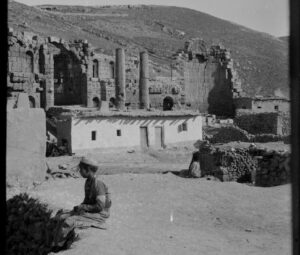 From 1516 onwards, the region of Amman and the whole of Bilād al-Shām came under Ottoman rule for four centuries. Historical research and sources remain incomplete to document the 16th to the 18th century history of Amman and its region. From the period of the Tanzimat, in the mid-19th century, historical research highlighted the progressive development of the strategic function of this territory, in a context of regional agricultural and commercial development. These dynamics led to the refoundation of the town as an agricultural settlement for Circassian populations from the 1880s. The village, which extended from Ras al-Ayn to the Roman theatre, gradually became a commercial, military and agricultural crossroads, particularly in relation to al-Salt.

Dr. George Tareef  is a historian of the late Ottoman period in Jordan and Palestine as well as a journalist, notably for al-Rai newspaper. He defended his PhD thesis at the University of Jordan about the late Ottoman history of the city of al-Salt (published under the title السلط وجوارها). His more recent publications have offered a history of Christianity in Jerusalem and a history of parliamentary life in Jordan (1921-2013).

« From Philadelphia to Amman:  Architecture, Urban Planning, and Society in Early Islamic period »

Registration via this link 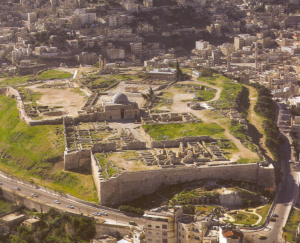 Jordan can be proud of being the only modern Arab Capital which can present to the visitor a complete urban fabric with all the functional and representative components of an Early Islamic palatine city. The research, excavations and conservation works carried out in the last decades at Amman Citadel, offer an unique opportunity to explore through the retrieved material culture in general, and the configuration of its urban planning and its architecture in particular, the society which build and shaped it. In this sense, we can see this city as a reflection of the new social, religious and political order that Islam brought to Bilad es Sham, and the Umayyads materialized in a unique complex which stands also as a model for the creation of new cities in Al Andalus in the following centuries. The complex context of the transitional period at the end of Late Antiquity, and the demise of the Umayyad caliphate can be also better understood thanks to the information retrieved and the knowledge gained.

Dr. Ignacio Arce is an architect and archaeologist, specialised in Late Antique and Early Islamic material culture, and Heritage Conservation. As Director of the Spanish Archaeological Mission to Jordan, Dr Arce has also led as PI several projects aimed at the research, excavation, restoration, and presentation of major Roman, Late Antique and Umayyad sites, including projects at the Amman Citadel, Qasr Hallabat complex (shortlisted for the Aga Khan Award), Hammam es-Sarrah, Qusayr ʿAmra, Deir el Kahf, Umm al Jimal, Qastal, Harrane and Khirbet al Mafjar (in collaboration with the Oriental Institute of Chicago, later developed with his Marie-Curie Project). Dr Arce is currently working as Associate Professor at the School of Architecture and Built Environment of the German-Jordanian University in Amman, where he runs a Masters degree on Architectural Conservation. 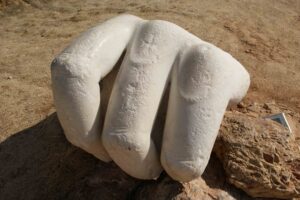 The ancient history of Amman shows great continuity in the Hellenistic, Roman and Byzantine periods (late 4th century BC-early 7th century AD). Philadelphia, probably founded as a military colony by the Greek king of Egypt Ptolemy II Philadelphus (284-246 BC), developed into a Greek-type city (polis) with all the cultural characteristics found in the same size cities like Gerasa and Gadara. The monumental decor of the town, with its theatres, colonnades and temples, illustrates this perfectly, but Greek and then Greco-Roman culture and local Aramaean and Arab traditions were mixed with varying degrees of intensity. Christianisation in the Byzantine period was not a rupture. Diverse kinds of documents, sometimes little known or new, will illustrate the history of Philadelphia for almost a thousand years.

Pierre-Louis Gatier is a researcher in the ancient history, archaeology, and epigraphy of the Near East posted at the CNRS (Centre national de la recherche scientifique) in the Maison de l’Orient, Lyon (France). He has been the Director of the Lebanese-French archaeological projects in Yanouh and in Tyre. As the author of a book on the inscriptions of Central Jordan, Inscriptions de la Jordanie, 2, Région centrale, Amman-Hesban-Madaba-Main-Dhiban, published in 1986 in the IGLS series, he has long been involved in the study of the ancient history of Philadelphia-Amman, and is preparing a Supplement devoted to new discoveries. He is a member of several epigraphic and archaeological projects in Jordan and is currently working on the corpus of Greek and Latin inscriptions of Gerasa.

Rabbot-Ammon in the Iron Age

Rabbot-Ammon, literally “The Great (City) of Ammon,” was the capital of the Iron Age kingdom of Ammon, which arose at the beginning of the Iron Age II period (1000 – c. 600 BCE) on the central plateau of Transjordan. The Jabal Al-Qalʽa, located in the middle of the modern city of Amman, is the impressive testimony of this early royal city. Its building structures, however, are invisible to visitors today since they are located in the layers below the Omayyad and Roman ruins. In the 8th and 7th centuries BCE Rabbot-Ammon enjoyed economic and cultural prosperity. This is evidenced by monumental buildings and luxury objects, such as seals, jewelry, and glass vessels found primarily in tombs around the Jabal Al-Qalʽa. Many of these were imported from the Assyrian heartland. These finds demonstrate Ammon’s supra-regional integration into the Neo-Assyrian network. The monumental stone statues of Ammonite rulers and gods found in Rabbot-Ammon and its surrounding area are furthermore an impressive evidence for the representation of the Ammonite kings.

The lecture will give an overview of the archaeological and historical testimonies of Rabbot-Ammon as one of the earliest kingdoms of Transjordan and will address the supra-regional importance of the city in the Iron Age period.

Katharina Schmidt has been director of the German Protestant Institute of Archaeology (GPIA) in Amman since 2016. Her main research interests centre around the archaeology, and Jordan’s cultural heritage. Her current habilitation project is dedicated to the analysis of Iron Age sculpture from Jordan and the question of the “formation of elites” in this period. Since 2016, she has been leading the excavations on Tall Zirā’a, where she focuses on the settlement history and stratigraphy of the Iron Age period.

Katharina Schmidt studied Near Eastern Archaeology, Assyriology and Pre-and Proto History at the Ludwig-Maximilians University (LMU) in Munich and at the Sorbonne in Paris. In 2016, she was awarded her doctorate at LMU with a thesis on glass and glass production in the Iron Age period. Katharina Schmidt has worked on excavations in Syria (Tell Halaf) and Turkey (Sirkeli Höyük, Dülük Baba Tepesi).

Amman in the Prehistory 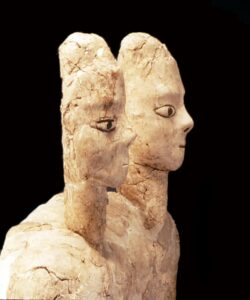 For a long time, archaeologists have studied Amman during the Bronze, Iron, Hellenistic, Roman, Byzantine and Islamic periods. Unfortunately, no attention has been given to Amman during the prehistoric periods till the discovery of the famous Neolithic site ‘Ain Ghazal during the early eighties of the last century.

Amman is located in the Wadi az-Zarqa Basin, thus it is believed that before discussing the prehistory of Amman we have to throw a quick look on the nature and prehistory of Wadi az-Zarqa. Due to the results of archaeological excavations and surveys it is assured that this part of Jordan had been populated of people starting continuously from the Palaeolithic period to Modern times. The earliest Prehistoric remains were found in the az-Zarqa governorate (es-Sukhneh), meanwhile the earliest farming communities were attested at the site Khraysan, but the most famous Neolithic site found in Amman is the site ‘Ain Ghazal. However, we will concentrate our in this presentation on the results of the excavations conducted at ‘Ain Ghazal, since it situates on the eastern outskirts of the capital Amman.

Pr. Zeidan Kafafi is a prominent Jordanian archaeologist and researcher that excavated many sites in Jordan. He directed in particular the excavation at ‘Ain Ghazal and Abu Hamid. He is a specialist of Prehistoric and Protohistoric periods. He published reference books such as Jebel Abu Thawwab (Er-Rumman), Central Jordan: The Late Neolithic and Early Bronze Age I occupations, Prehistory of Jordan II with H.G. Gebel and G. Rollefson, or Jerusalem before Islam with R. Schick. He was the President of the Yarmouk University as well as the Director of the Jordan Museum. He was decorated with the “King Abdullah II Medal”, the French medallion “Chevalier dans l’Ordre des Palmes Academiques” and he received the Arab Archaeologists League Shield.