The 10th year of the Syrian Revolution

Ten years ago, in the wake of the Arab Spring, the Syrian Revolution began. Syrian men and women of all ages and all social and religious backgrounds took to the streets of their country’s cities and villages to demonstrate and demand freedom and dignity. The history of the Syrian Revolution began with a collective and courageous political gesture. The voices of those who had been silent for 40 years for fear of repression were heard.

The UNHCR counts about 6.6 million internally displaced people in Syria, 5.5 million refugees in neighbouring countries and 1 million in the rest of the world. Syrians are the largest refugee population in the world. The war has probably claimed more than 700,000 lives. There are about 100,000 missing persons, mostly in Syrian jails, but also in the hands of jihadist and Islamist factions. The Syrian regime, as well as HTS (formerly al-nosra) which controls the Idleb region, have not stopped arbitrary arrests and detentions.

Despite the ten years that have passed since the beginning of the Syrian Revolution, many Syrians continue their activism from their place of exile. 2021 marks an anniversary that they are seizing on in different ways to both commemorate the initial political gesture, the desire for freedom that the demonstrators proclaimed together across the country, and also to remind that their struggle continues and that the spirit of the Syrian Revolution is still present among them.

Through a series of 4 webinars on important issues of the Syrian revolution, researchers and activists from Syria and MENA region will present their work.

Women’s roles and experiences in the revolution and war 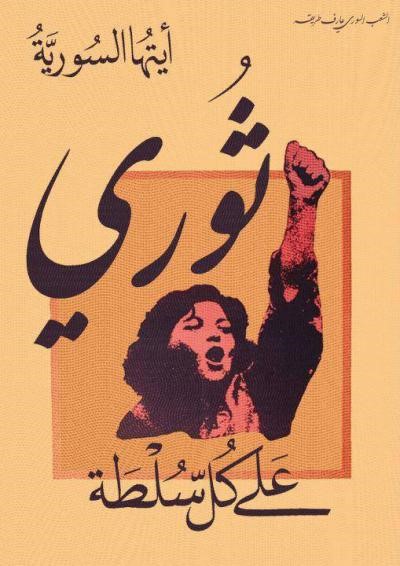 ‘Syrian women revolt against every authority!’
Poster courtesy of The Syrian People Know Their Way collective.

Speaker: Zaina Erhaim is an award winning journalist and feminist, working as gender and communications consultant for different international organizations in MENA region, she also writes for different outlet such as NewLines magazine, Open Democracy and others.

Zaina has an MA in International Journalism from City University of London and BA in media from Damascus University. She contributed to three books related to women, journalism, and war, and made two series of short films highlighting the women’s perspective of the Syrian conflict. 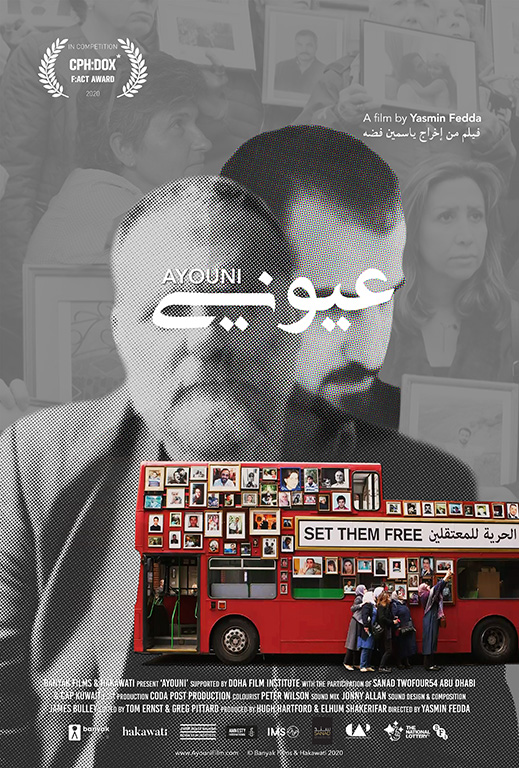 Speaker: Yasmin Fedda is an award winning filmmaker and artist. She will present her film Ayouni

Noura and Machi search for answers about their loved ones – Bassel Safadi and Paolo Dall’Oglio, who are among the over 100,000 forcibly disappeared in Syria. Faced with the limbo of an overwhelming absence of information, hope is the only thing they have to hold on to. ‘Ayouni’ is a deeply resonant Arabic term ofendearment – meaning ‘my eyes’ and understood as ‘my love’. Filmed over 6 years and across multiple countries in search of answers, Ayouni is an attempt to give numbers faces, to give silence a voice, and to make the invisible undeniably visible.

Trailer with subtitles, a vimeo limited link to watch the film will be sent to everyone who register.

Discussant: Wafa Mustafa is an activist, a journalist, and a survivor from detention. She comes from Masyaf, a city in the Hama Governorate, western Syria. She left the country on 9 July  2013, exactly a week after her father was forcibly disappeared by the regime in Damascus. She moved to Turkey and began reporting on Syria for various media outlets. In 2016, she moved to Germany and continued her interrupted studies in Berlin where she studied Arts and Aesthetics at Bard College and graduated in Spring 2020. Like many of other families, Wafa doesn’t know what has happened to her father, Ali Mustafa. He was arrested once before in August 2011 due to his humanitarian efforts to help internally displaced people fleeing from Hama city to Masyaf. In her advocacy, Wafa Mustafa covers the impact of detention on young girls and women and families. 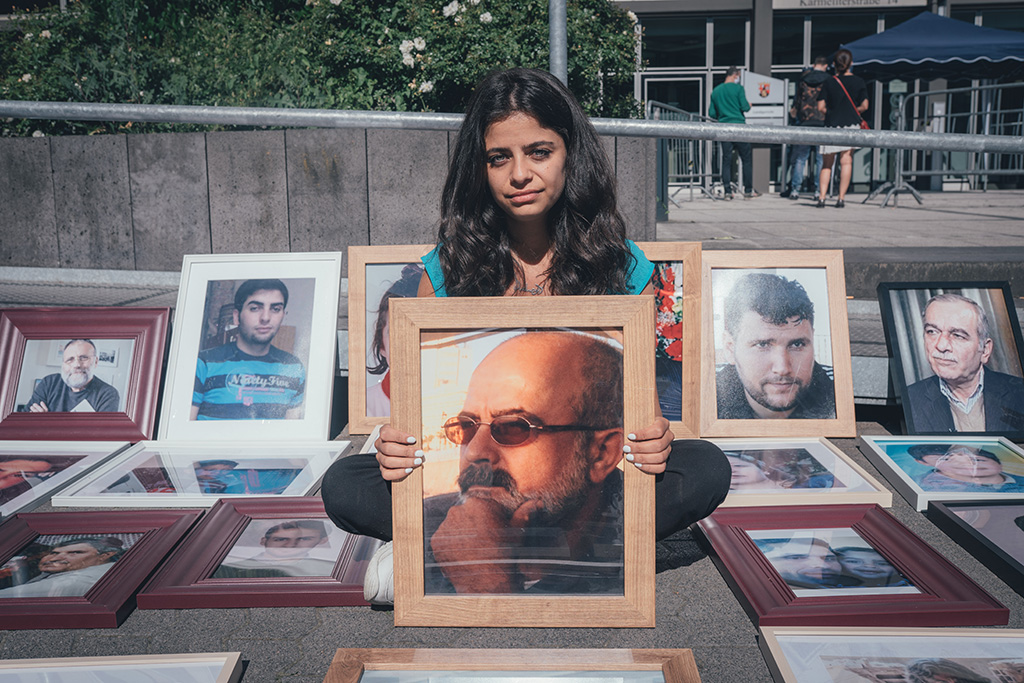 Wafa Mustafa stands outside the Koblenz Court (Germany) with the portrays of her father Ali Mustafa and others men, women and children forcibly disappeared during the first criminal trial worldwide on state torture in Syria (April 2020).

Trajectories, settlements and narratives of Syrian refugees in Lebanon and Jordan

Syrian children back from school in the Zaatari Refugge camp in Jordan (Photo: Kamel Doraï)

Syrian Refugees in Lebanon: The Politics of No Policies

The lack of clarity and consistency on behalf of the Lebanese authority’s politics towards the Syrian refugees has left question and concerns in this regard unresolved to date.  Indeed, the absence of one or more specific institutional references, the variety of influential actors and decision makers, as well as the glaring absence of national public policies from the central government directing local authorities’ responses have created a highly complex legal and political landscape.

Yet, despite the variety of actors involved, including but not restricted to, informal local bodies such as sectarian groups, political parties, Non-governmental organizations and international entities, the central government has nonetheless retained a degree of control on few specific aspects vis a vis this file. As such, education, security, and major international funding and response remained exclusive to and under the mandate of the Government and its associated relevant ministries.  Arguably, the Government has also capitalized on the Syrian refugees crisis as a means to amass international funds while simultaneously lagging behind on granting refugees their basic human rights.

In this meeting, we will discuss the policies of the Lebanese state through the laws issued by the Parliament, resolutions and decrees issued by the central government and relevant ministries, their impact and their implementation. The presentation will also explain the role of various municipalities and their interaction with such policies, and the role of security institutions in the response to the refugee crisis.