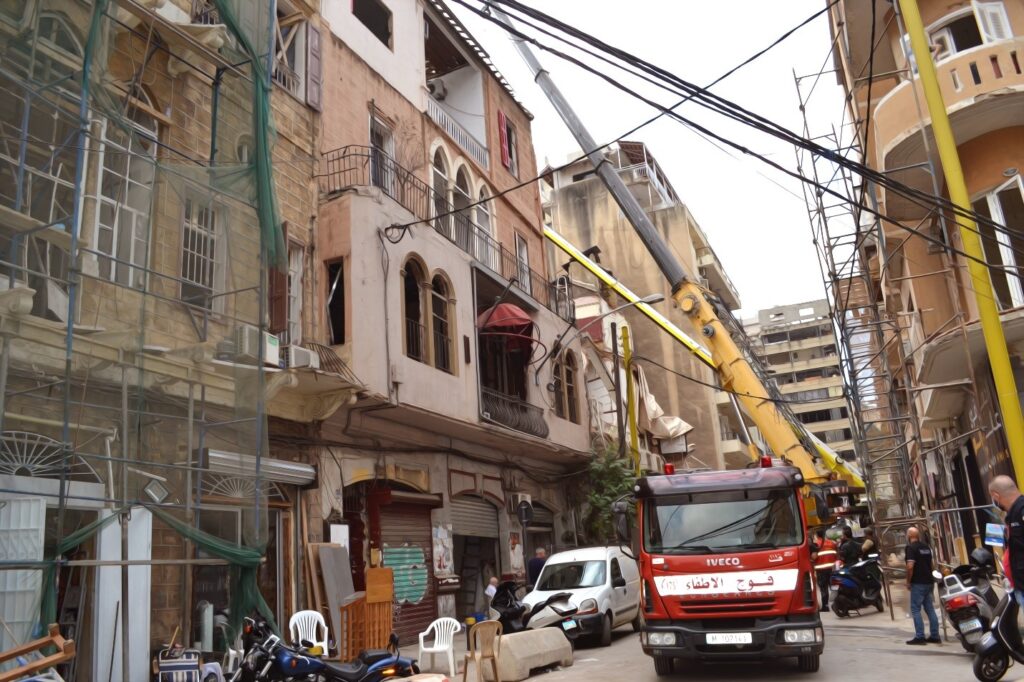 The Beirut blast on 4th August 2020 killed more than 200 people, and affects more than 8.000 buildings, mainly the historical part of the City. The political, economic, financial and sanitary situation before the blast was critical. The reconstruction is particularly difficult to implement without national government (dismissed after the blast), weak institutions, social contest and slow process to deliver funds.

More than 500 NGOs support the reconstruction with the help of the population and subsidies from donors, under the coordination of the Army and the Governor of Beirut. But the reconstruction cannot be implemented only with NGOs. Among the main challenges for reconstruction is to strengthen the institutions, and build back better.

The Order of Engineers and Architects adopt a Declaration to fix the principles for the reconstruction of Beirut. The Beirut Urban Lab at the American university of Beirut with the support of the Institut Français du Proche-Orient and the Columbia World Projects, and the Post Conflict Cities Lab at  Columbia University, organized several debates on heritage preservation, model of development and engine of growth, housing and land policy, environment and quality of life, connectivity and urban synergies, port and large  infrastructure recovery, governance and funding modalities to define a strategy to mobilize actors for the implementation of the reconstruction. These debates aim at identifying an Integrated Vision for Beirut’s reconstruction.

The European Union, World Bank and UNDP have presented a Framework for Reform, Recovery and Reconstruction to define the condition for international loans and grants for 2.5 billion USD. The Integrated Vision for Beirut reconstruction is premised on the assumption that it is desirable to create an inclusive urban context in which the development model is redistributive and socially just, protective of heritage, and ecologically sound. As such, we begin by questioning the rentier development model that has guided the growth of the city over the past three decades. The historic neighborhoods that were damaged by the blast used to precisely challenge this rentier model, making an adaptive economic re-use of its cultural heritage, attracting successfully creative industries, cultural and tourism activities and relatively keeping the variety of its population. In addition, given that the post-blast recovery is occurring in the shadow of the breakdown of public institutions and a major financial meltdown, it is unlikely that any large-scale traditional master-planning will be possible or useful. Instead, we seek to articulate a vision that can guide and integrate the piecemeal interventions that are likely to produce the reconstruction projects. This vision should also act as a platform that can assemble actors engaged in the current recovery process around shared ideas, aspirations, and principles.

In its aims, the vision adopts the following priorities:

More dialogue is necessary between institutions, funders, professionals and academicians to coordinate actions, following the principles adopted by the professionals to build back better. The key objectives of the urban Thinkers campus are the following:

The Urban Thinkers Campus is hosted by the graduate programs in Urban Planning, Policy and Design (MUPP/MUD) in the Department of Architecture and Design, Maroun Semaan Faculty of Engineering and Architecture (MSFEA) at the American University of Beirut.

Jad Tabet, President of the Order of Engineers and Architects of Beirut

Panel B – Culture and Heritage

Karim Hendili, UNESCO Task force for the Reconstruction of Beirut