Politics of archives and struggles for emancipation: Reflecting on experiences from Middle East and Southern Africa

This seminar series aims at approaching Southern Africa and Middle Eastern experiences in archives building, oral history and public history in relation to emancipatory politics. Scholars and activists of both regions, like their counterparts in societies that have experienced protracted periods of oppression, violence and historical erasure, have for many years elaborated ideas and practices to recover, interpret and disseminate histories on their own terms. Cognisant of the colonial ordering and blind spots of official archives, they turned from the 1970s onward to alternative archiving and oral history to produce new and counter-hegemonic narratives. These practices were conceived as a way to shed light on people (indigenous populations, oppressed minorities, women, refugees, underprivileged groups) who were marginalized or absent from the hegemonic narrative while providing them with tools for self-emancipation. More contemporary struggles or social movements (such as Marikana, Fees must Fall or the Arab Spring) also has showed the continued emancipatory potential of archiving practices and public history.

This seminar series aims at reflecting on the practices and issues at stake in these various experiences in both regions. To that end, several sets of questions may be raised:

Each seminar session will take place in situ at one of the different partner institutions, in Johannesburg, Beirut, Birzeit and Brussels, and online. Five sessions are planned between November 2022 and September 2023. Each session will focus on a particular theme and will feature a speaker from the Middle East and a speaker from Southern Africa as well as a moderator.

If you want to attend the conference at Ifpo, please, send us an email : m.rey@ifporient.org

Documenting the Egyptian Revolution of 25 January 2011 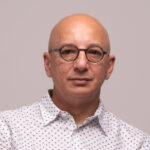 Khaled Fahmy FBA is Professor of North Africa and the Middle East at Tufts University. His research interests lie in the social and cultural history of modern Egypt and his publications include a book on the social history of the Egyptian army in the first half of the 19th century (All the Pasha’s Men: Mehmed Ali, His Army and the Making of Modern Egypt—Cambridge University Press, 1997), a biography on Mehmed Ali (Mehmed Ali: From Ottoman Governor to Ruler of Egypt—Oneworld Publications, 2008), and, more recently, an award-winning book on the intersection of law and medicine in 19th century Egypt (In Quest of Justice: Islamic Law and Forensic Medicine in Modern Egypt—University of California Press, 2018). Since the outbreak of the January 2011 Revolution, he has been a regular contributor to Egyptian and international media. 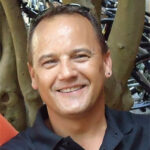 Dale T. McKinley is an independent writer, researcher and lecturer and presently, research and education officer at the International Labour, Research and Information Group based in Johannesburg. He holds a PhD. in International Political Economy/African Studies and is a long-time political activist who has been involved in social movement, community and liberation organisations and struggles for over three decades. The author of four books, Dale has written and researched widely on various aspects of South African and international political, social and economic issues and struggles, and is a regular public speaker as well as contributor and commentator in the media.