The conference is free and open to the public. RSVP is required. 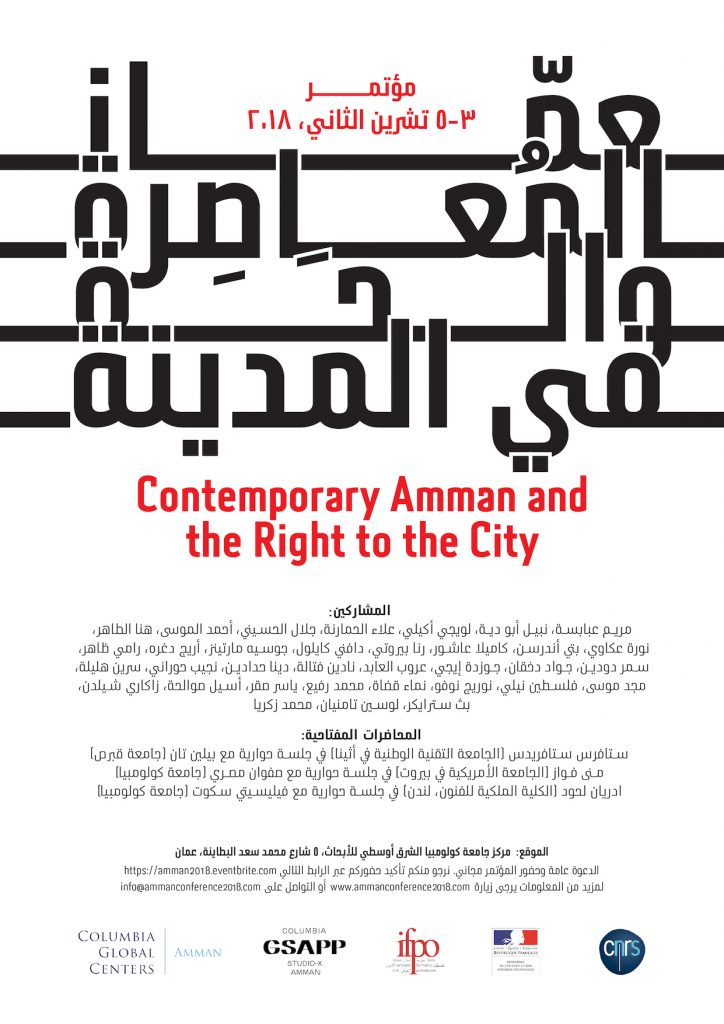 A city of four million inhabitants today, Amman’s expansion has become disproportionate to its urban history. Developing from a small rural settlement at the end of the 19th century, the capital city evolved into a regional crossroad at the end of the 20th century, and has become today a symbol for the consolidation of Hashemite rule. Often referred to as the city of refuge, Amman has experienced an impressive urban growth over the past fifty years driven by forced displacements, changing geopolitical conditions, and large influxes of capital. The city has been perpetually co-produced by its diverse populations, yet both urban policies and market forces continue to extend and reinforce the divisions of urban geographies based on gender, class, and ethnicity.

Despite the growing power of nationalist politics and of neoliberal agendas in shaping the urban trajectory of the city, the simultaneous rise of Amman’s residents associations, youth initiatives and codified everyday practices of resistance have allowed inhabitants to reshape their physical and conceptual interactions within the city, and to practice alternatives imaginaries for shared livelihoods. At this important historical juncture, and fifty years since the publishing of Henri Lefebvre’s seminal text in 1968, this conference seeks to reposition the notion of the right to the city in relation to the particularities of Amman within the context of a global movement toward localized urban projects of direct democracy.